the inaugural The Make It Main Street event kicked off Thursday with a fairground buzz around downtown Half Moon Bay featuring local artisans, shows and shops open to the public.

The event, which runs every first Thursday of the month until November, celebrates local arts and culture with stalls and performances along Main Street. On Thursday, artisans were selling their wares on Kelly Street and Main Street, next to library kiosks and Half Moon Bay parks.

Local manufacturers also demonstrated their craft, from glassblowing to making pottery and guitars. Mac Dutra Park became a speaking space for poetry readings and local city leaders, and musicians hosted a jam session for all to enjoy.

This week was the first time Fred Crowder sold his handmade guitars at a fair. He has been making them by hand since 2008, when he started making his first jazz guitar. He learned the trade through experimentation and with the support of experienced craftsmen from the Northern California Association of Luthiers.

Each of his guitars is handcrafted on the coast and sparkled with a French varnish, the sparkle of which is audible in his acoustics. Crowder said he didn’t always sell his guitars, often donate them, but custom built and repaired cheaper imported instruments.

â€œIt’s really hard to compete with that,â€ Crowder said. “What you’re looking for are people who appreciate hand-built construction and details.”

In busy Main and Kelly streets, Roxanne Beebe stood behind her booth, greeting locals and visitors. His Half Moon Bay-themed collection includes pumpkin-topped glass bowls and pewter bottle caps cast from his hand-carved wax models. Next to her was Randall Reid’s remarkable aquatic pottery, which he has been making on the coast for 42 years. Reid said he hopes to be back next month, and the month after – as long as he can sell his cups and bowls, find new students for his classes and just see who crosses his path. path. 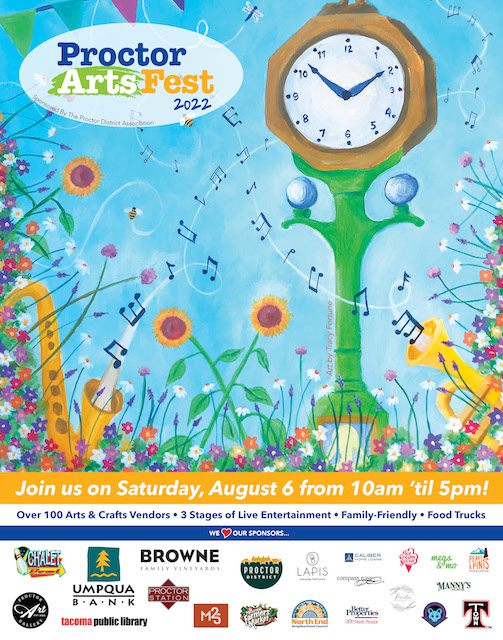 Proctor Arts Festival is back

The Proctor neighborhood will be rockin’ …